The latest news in dentistry free of charge. 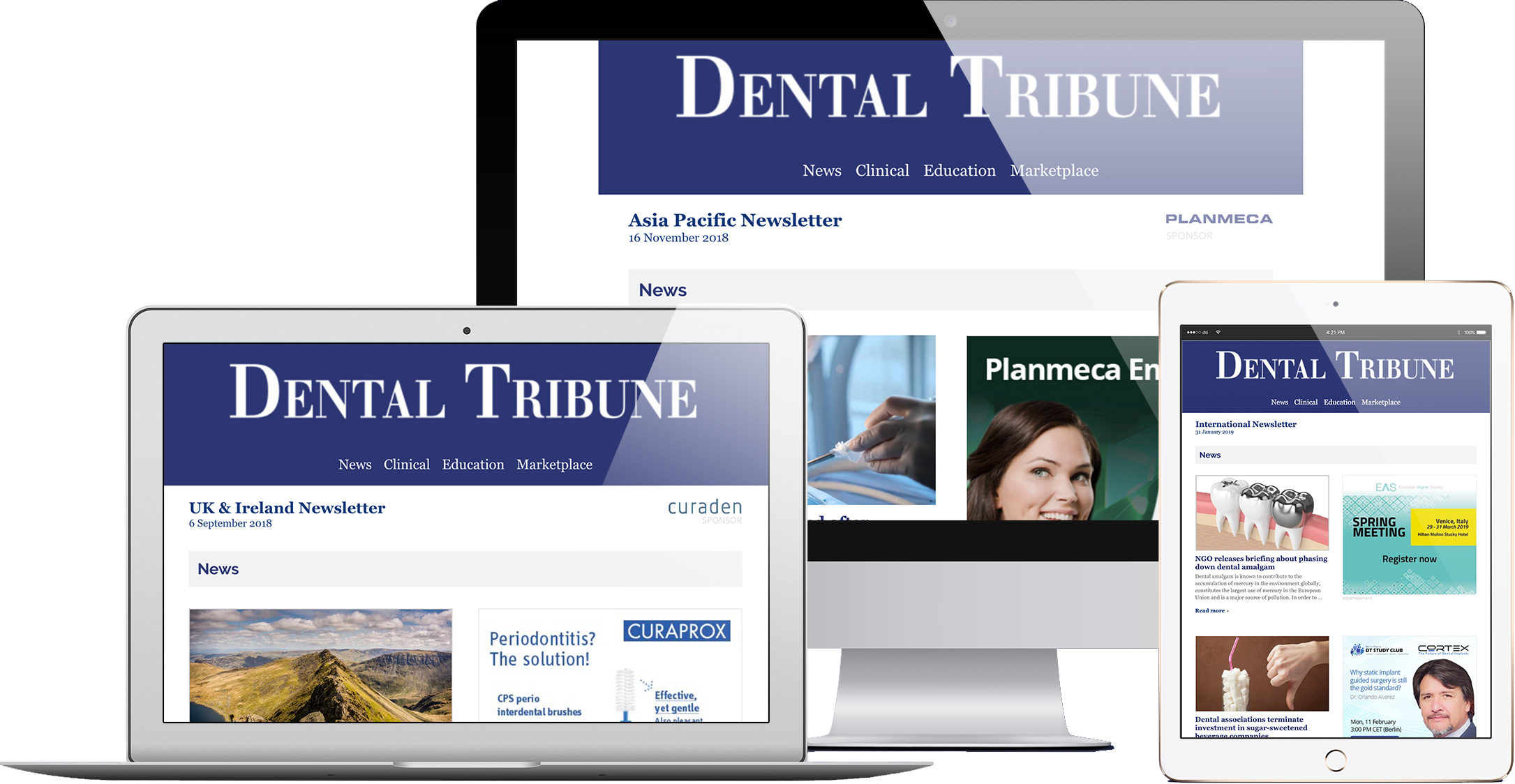 You can often find the Austin Powers impersonator (aka Richard Halpern) at the Millennium Dental Technologies booth at dental meetings. (Photo: Provided by Richard Halpern.)

NEW YORK, N.Y., USA: If you’ve been to any major dental meeting over the past few years, you’ve no doubt run into him in the exhibit hall. No, your eyes aren’t deceiving you. It’s Austin Powers! Actually, it’s the Austin Powers impersonator. And he is always fun to talk to, and to take pictures with.

In a lighthearted interview with Dental Tribune Online, Richard Halpern, the man behind the costume, talks about how he got involved in the dental industry, what he likes most about attending industry meetings, and how he takes care of those famous teeth.

Dr. Robert Gregg enjoyed my presentation so much that evening that he asked if I could work in his company’s booth the following day, and I gave him an empahtic “YES!” I’ve been working with Millennium ever since. They have hired me for several shows.

What do you like about attending dental trade shows?
Everyone is very nice and friendly and really gets what I am doing. There are always greetings and requests for photos from the vendors and the attendees. I am happy to oblige. The dental aspect of Austin Powers is a given, as well. Everyone seems to be fascinated with my dental appliance that was created for me by the same gentleman who created the dental appliances for all of the Austin Powers films.

Speaking of teeth, how are your own?
I’m proud to say that my own teeth are in really good shape. They are a little crooked, and I have a slight overbite, but as far as keeping them clean, brushed, flossed and cavity-free, I am the polar opposite of Austin Powers, ha ha! In fact, my own hygienist always tells me that I provide her with a 45-minute vacation when I am in the chair.

Since you have attended so many dental events, surely you are an expert by now on teeth. What advice can you offer to dental professionals?
Well, I wouldn’t exactly say that I am now an expert on teeth, but I have learned about the different fields of dental expertise and specialties, and that is a lot more than I knew before. As for advice to dental professionals? My biggest piece of advice would be to think about hiring me to bring traffic to your trade show booths — when I am not working with Millennium, that is.

By now you have certainly developed quite a fan following at these dental conventions. What’s the best fan encounter you have experienced so far?
Some fans have become clients and friends. I would say the best so far has been appearing at the wedding reception of two fellow vendors. That was a wonderful event, and was as a result of frequently meeting at these shows.

There have been various other celebrity impersonators at dental meetings over the years, including a Howard Stern, a Joan Rivers and many others. Do you hobnob with your compatriots much?
I always love to meet up with other impersonators at shows, especially if I know them personally, and yes I do know quite a few of the A-listers. The Howard Stern you mentioned has one of the best presentations in our business, and it was a pleasure to meet him and talk about the biz. Some of my favorite fellow impersonators (tribute artists) to work with include Susan Griffiths as Marilyn Monroe, Dee Dee Hanson as Joan Rivers, Suzanne LaRusch as Lucille Ball, Donny Edwards as Elvis, Lissa Negrin as Cher, and the list goes on and on.

Do they take care of their teeth as well as you take care of yours?
I assume that they are taking good care of them, because they always have bright and cheery smiles when we are working together.

Have you ever met that other guy who portrays Austin Powers? (That what’s-his-name, Mike Myers?) If so, what happened?
Yes, I had the great pleasure of meeting Mike Myers on two separate occasions. The first time I met him was when he was receiving his star on the Hollywood Walk of Fame back in 2002, just a few days before “Austin Powers in Goldmember” opened in theatres. I was hired to promote the opening of the film at the Cinerama Dome/Arclight Theatre complex in Hollywood, through that theatre and New Line Cinema (the Austin Powers film company).

When I met Mike Myers I was dressed just as myself. I told him who I was and what I did, and he was very encouraging about it. I’m sorry I didn’t get a photo with him at that time.

The next time I met him was in 2008, and we were actually together at the Arclight complex in Hollywood for the event “AFI’s Night at the Movies.” The American Film Institute (AFI) was having a special evening of major motion picture screenings introduced by the stars of the films themselves. It was quite a good assortment, and Mike Myers was there to introduce “Austin Powers: International Man Of Mystery” (the first film of the trilogy), and it was there that I met him in my full “Austin” regalia. This time, he actually knew who I was, as he had just worked with one of my neighbors on some post-production work for “Shrek 3,” and I was talked about heavily! He was very complimentary about my presentation, and this time we did get a picture together.

Well I am sure that meeting Mike Myers must have definitely been cool. But surely being on the cover of the Dental Tribune show daily must have been another highlight of your career. How are you feeling about the honor?
I absolutely love being on the cover! And under the covers, and in the centerfold! Let’s keep that happening, OK? Can’t get enough of that! Yes, it is indeed one of the absolute highlights!

Do you have anything you would like to add?
Although I am a frequent guest of Millennium Dental Technologies at these dental shows, I am a free agent and available to work at any shows that I am not already contracted for. If people would like to hire me to represent their booths or sales presentations or any kind of related events, they can reach my quite easily at richalpern@sbcglobal.net or by visiting my web site, www.richardhalpern.info, or by calling me at (213) 739-3377. I’m also on Facebook (austinpowersimpersonator and richardhalpern) and on Instrgram (@austinpowersimpersonator and @richalpern).

And what’s your next gig in the dental industry?
I’ll be with Millennium Dental Technologies at the Midwinter Meeting in Chicago, Feb 26 to 28. Come see me at booth No. 3831, baby!